Fire Sprinklers and Their Role In Fire Prevention 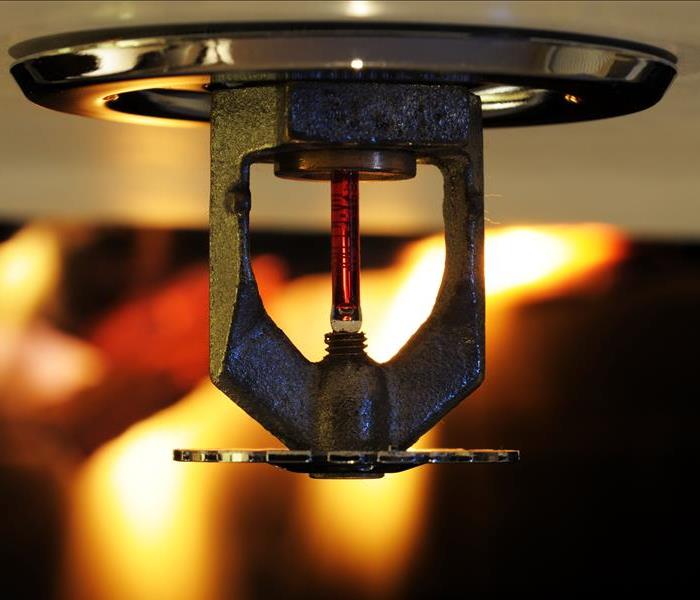 Fire Sprinkler Systems Have Evolved Over the Years

Containing and Extinguishing a Fire Quickly Is Crucial

When thinking about fire damage, fire sprinklers might also come to mind. There is a good chance you’ve seen several movies where just a bit of smoke triggers all the sprinklers in a building to go off. But did you know that smoke doesn’t even trigger sprinklers? In reality, these sprinkler systems are activated by heat, one sprinkler at a time. A majority of fires usually only need one to two sprinklers to be put out.

You also might think that putting in a fire sprinkler system is the same as choosing water damage instead of damage from the fire. This is a take on the above myths, that sprinklers are activated by smoke and that they all go off at the same time. If this was the case, these systems could actually do more harm than good.

The smart engineers who made these systems, fortunately, made them to lower the damage to your property from smoke, fire, and water. For over two centuries, fire sprinkler systems have been helping put out fires and have seen vast improvements over the years. Early versions were truthfully quite unreliable and caused a lot of damage from water. However today, sprinkler systems are known to lower deaths and property loss by over sixty-five percent. Since each head of the sprinkler is triggered automatically by temperatures specific to fires, just one or two of them can extinguish or contain a fire to the room it began in rather quickly and cause a small amount of Downtown Chicago fire damage. Also, since sprinklers use around six times less water than a fire hose, they are less harmful to your property than the fire department visit will be.

You know about properly maintaining your smoke detectors. You have also probably heard that annoying beeping noise they make when the battery is low. If you’ve also heard that a smoke detector is all you need for protection from fire, you’ve heard another common myth regarding fire sprinkler systems – you do not need them if there is a smoke detector in place. All they are is a signal to alert you of a potential fire and in the instance, they are hooked up to an alarm system they will also alert the fire department. They are necessary for fire damage prevention, but so are fire sprinklers. The presence of one doesn’t cancel out the other’s need. They work together to save property and life from fire.

When a fire begins, the smoke that results will set off a smoke detector in time, alerting residents. This can be a slow process depending upon where the detector is located. The fire is growing in the meantime, and alerting residents is important, but so is putting the fire out. When it begins, the fire quickly heats the air right above it. This air rushes and is pushed out to either side at the ceiling. This is what reaches the sprinkler head, activating it.

If you do experience fire damage in Downtown Chicago of any kind, make sure and contact our experts of SERVPRO of Evergreen Park/South Chicago City by dialing (773) 337-3900 right away. We can take care of your fire damage of any size and get your life back to normal.