Open Spaces and Cultural Venues Welcome You to Chicago 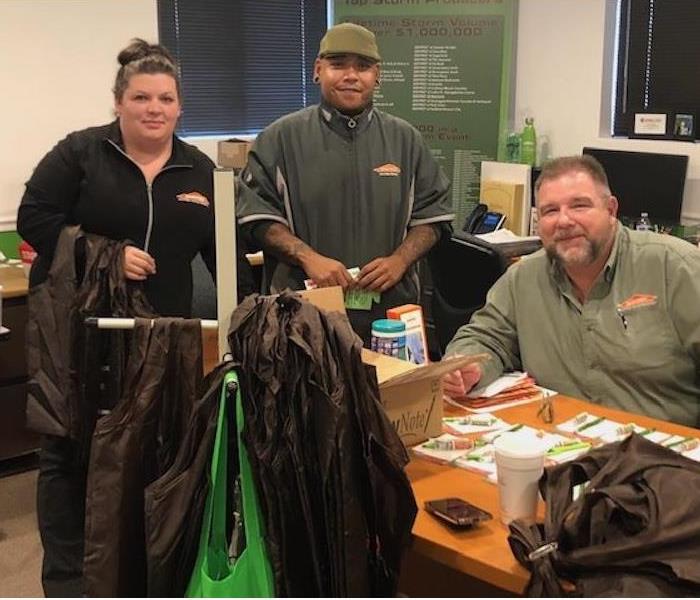 Mold is no DIY project. Call the professionals at SERVPRO for the mold remediation services needed for your home.

Explore the History and Growth of Chicago by Visiting its Landmarks

Chicago, the most populated city in the midwestern United States and the state of Illinois, has an important place in our nation's history and evolution. Its urban area, or Chicagoland, makes up the third most populous behind New York and Los Angeles. Its incorporation dates back to 1837 when this town on Lake Michigan's shores began its rapid growth to what it is today. Its name derives from the word "shikaakwa," used to refer to an onion-like plant. Over time, this pungent vegetable gave Chicago its name.

O'Hare International Airport is a testament to Chicago's international relevance, and it is ranked among the busiest airports in the world. The "Windy City" is at the center of relevant cultural, industrial, and financial movements. Its economy is robust and diversified, with companies such as Boeing, Walgreens, US Foods, and McDonald's having their headquarters in the greater Chicago area. It is also the largest network of federal highways and is the central hub for the railroad industry.

The Potawatomi inhabited current day Chicago after succeeding the Miami, Sauk, and Fox people. Jean Baptiste Point du Sable was the first non-indigenous to settle into the area and is often referred to as the "Founder of Chicago." Relations between native-Americans and settlers were tumultuous and culminated with the Treaty of Chicago in 1833, which forced the removal of the Potawatomi and their exile west of the Mississippi River.

Before incorporating in 1837, Chicago had begun its growth as early as 1833, and it was considered the fastest-growing city for decades. The Chicago Portage was key to the city's development, as it provided an exchange site for goods and services crossing from the eastern to the western United States. The Illinois and Michigan Canal began operation ins 1848, further cementing the city's pivotal role by allowing ships and steamboats to connect between the Great Lakes and the Mississippi. That same year, the Galena and Chicago Union Railroad began its operations intending to connect the city with mines at Galena. Although the ultimate goal was not achieved, it still contributed to the development of the region.

As infrastructure grew, so did other sectors. Most notably, the financial industry and the Chicago Board of Trade formalized the trade of futures contracts, making history. The growth in finance, retail, and manufacturing prompted an influx of residents requiring better services. As a result, Chicago embarked upon the construction of a massive sewage system. Although it wasn't without its challenges, the sizable undertaking was a success for its time.

The early years in Chicago were marked by the 1871 Great Chicago Fire, which burned for over two days and killed nearly 300 people. Its vast reach burned more than three square miles and left thousands homeless. Partially responsible for its rapid spread were the wood structures prevalent in the city. Although an unfortunate event, it became a catalyst for improved and more modern structures, which marked a shift in construction trends of the time.

The history of Chicago is rich and diverse. From the role of the organized mafia to its innovative architecture to the influence of foreign-born communities, there is much to learn from its evolution. Visitors and residents alike can enjoy its natural beauty, along with the cultural diversity the city has to offer.

Aside from the many outdoor pedestrian activities, Chicago has the largest municipal harbor in the nation, making it ideal for water-lovers. Each harbor has its own look and feel, and thousands of boaters visit them each year. The Chicago Harbors were founded in 1833.

Sports teams also have a strong following in Chicago. The Bears, the Bulls, the White Sox, and the Cubs are synonymous with a loyal following and family tradition. Regardless of the weather, you will find fans cheering whenever their favorite teams are playing.

Upkeep of Homes in Chicago

Architecture in Chicago is a coexistence of modern designs with older buildings, making it appealing to many. The weather has a significant impact on the upkeep of all structures regardless of age, and relying on a professional restoration company like SERVPRO is convenient and effective.

When homeowners suspect mold and require mold remediation in their Chicago apartments, our SERVPRO team is ready to help. We arrive with the industry's best equipment and take quick action to remove mold and prevent the further spread of mold spores throughout your home. As soon as you suspect there is an issue, place a call to our 24/7 hotline and let the restoration process begin. An unexplained spot on your ceiling, a funky smell, or visible evidence of mold is enough to warrant the presence of a professional team like ours.

SERVPRO of Evergreen Park / South Chicago City is your ally when your home needs it the most. Our trained and certified team brings industry best practices right into your home, along with the peace of mind for homeowners. If mold is your problem, do not hesitate. Call us at (773) 337-3900 and let us leave your home, "Like it never even happened."