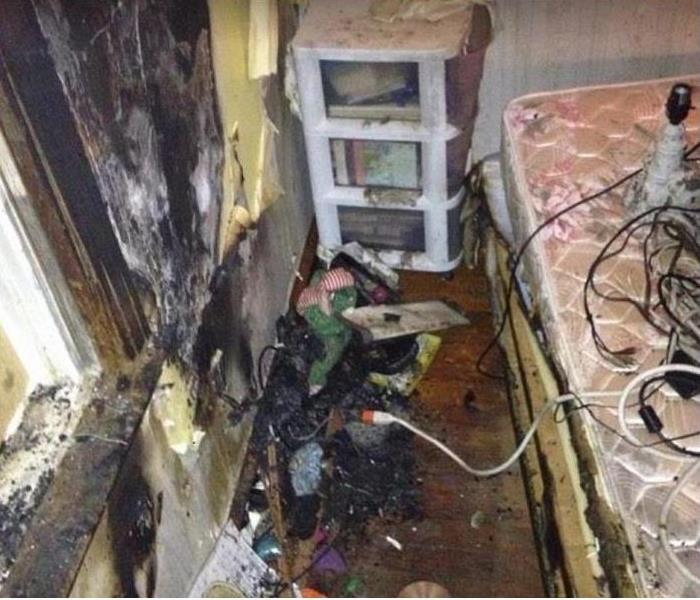 Although the blaze was limited to the bedroom, smoke and soot traveled throughout the home. SERVPRO knows how to restore fire damage.

What Makes SERVPRO One of the Most Dependable Fire Damage Restoration Services in Downtown Chicago?

SERVPRO techs can handle the different aspects of the fire damage restoration process in Downtown Chicago. From smoke and soot removal to odor elimination, the IICRC certified SERVPRO technicians could take care of it all.

What Makes Odor Elimination Such a Big Challenge During House Fire Cleanup?

The situation worsens due to the heat from the fire. High temperatures allow the odor-causing particles to move deeper by providing them with thermal energy. Furthermore, the heat can expand the pores of the surfaces, making them larger. When the heat is no longer present, the pores can contract, trapping the particles in them.

SERVPRO techs recreate the conditions that allowed the odor particles to penetrate the surfaces to neutralize them effectively. One essential piece of equipment that restorers use to do this is the thermal fogger.

Thermal foggers vaporize solvent-based deodorizing agents and create a fog consisting of tiny particles that behave similarly to smoke particles. The deodorant particles interact with the invisible odor-causing particles and neutralize them.