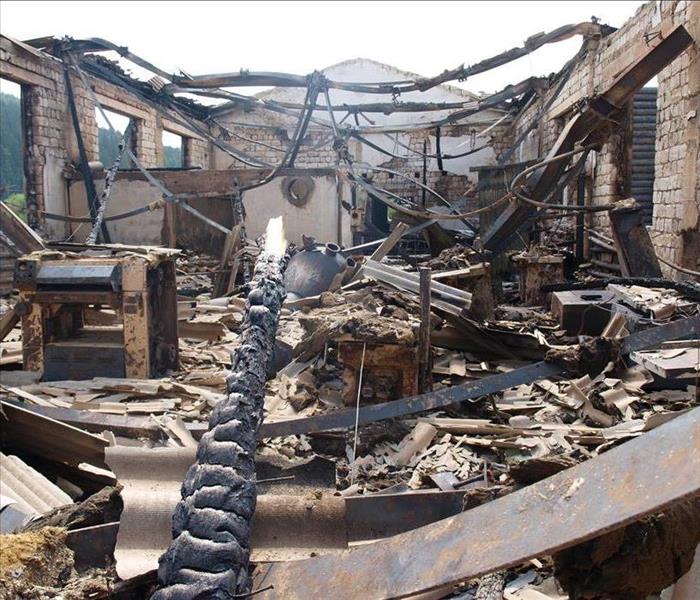 Our technicians use a combination of devices and machines to pluck smoke and soot particles from the atmosphere.

Find Out How SERVPRO Takes Odors out of Fire Damage Items

For many years, fire damage restorers have been using specialist equipment to deal with odor. It is because, after a domestic fire, lingering smells are one of the biggest frustrations. Fortunately, SERVPRO has access to odor busting foggers, masking agents, filters, and chemicals, and ozone generators.

Our technicians use a combination of these devices and machines to pluck smoke and soot particles from the atmosphere. They are highly effective when it comes to restoring fire damage in Evergreen Park homes. One of the most sophisticated tools that we use is called the hydroxyl generator, and we are going to tell you a little more about it.

Keep reading to find out how our SERVPRO hydroxyl generators differ from ozone generators and which approach is best for your home.

While they are different processes, ozone and hydroxyl generators work in a similar way. They produce particles which have odor eliminating properties. In the case of hydroxyl, these particles are created all the time naturally. They develop when ultraviolet light reacts with water and oxygen. All that we do is accelerate the process by introducing more UV light.

Why is Hydroxyl Important?

When created in an atmosphere where odor-causing chemicals are present, hydroxyl particles decompose them. They are often referred to as a ‘natural broom,’ because they ensure that indoor environments contain very low levels of these chemicals. Hydroxyl is particularly useful when dealing with unpleasant odors, due to its speed. It can break down as many as 5,000 different chemicals (including smoke).

Why Is Hydroxyl Different to Ozone?

For one thing, hydroxyl particles break down airborne chemicals around a million times faster than ozone. They are the second most powerful oxidant in existence (after fluorine). Interestingly, using ozone in very high concentrations can cause it to work faster than hydroxyl. The problem is that, in such quantities, it is toxic. If the SERVPRO technicians decide to use ozone in your business, you may have to vacate the premises.

On the other hand, hydroxyl generators are much kinder to the environment. They do not pose a threat to humans or plant life and rarely require containment. For more information, get in touch with the experts at SERVPRO of Evergreen Park/South Chicago City. Call us 24/7 at (773) 337-3900.