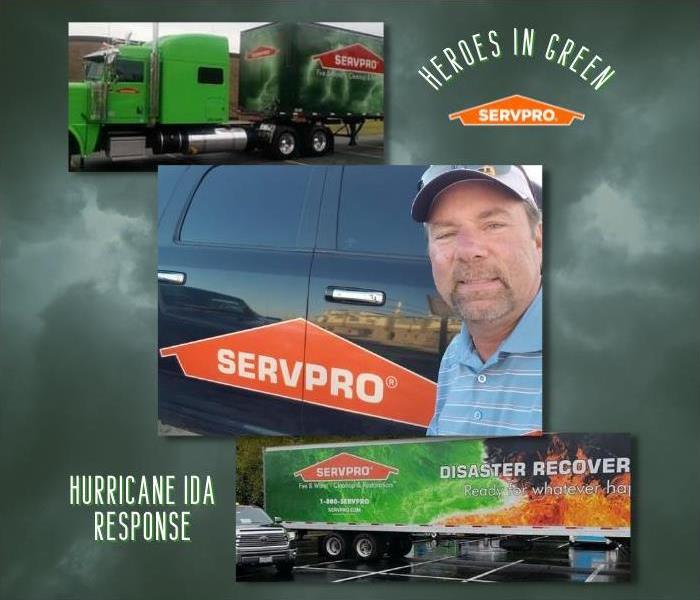 Hurricane Ida hit towns as a category four with a strong storm surge along the Louisiana coast. The resulting winds and flooding left most of the city of New Orleans without electricity and several areas needed help for the water cleanup. The Disaster Recovery Team is a group of elite SERVPRO franchise owners that have the equipment and personnel to help communities in distress. There are four regions that cover the entire continental United States.

Anthony Zubricki, co-owner of the franchise, left the Evergreen Park area and arrived in Louisiana the day before Ida hit and brought along a 53-foot trailer with water cleanup equipment. VP David Mason left on Monday with a second 53-foot trailer loaded with equipment, and franchise owner Frank Zubricki will arrive this week. The first 24-hours after a disaster like Hurricane Ida are the most crucial for preventing or limiting secondary or permanent damage to the residential or business property. SERVPRO brought along an RV for sleeping, resting, and serving as a central headquarters during the disaster restoration service. In anticipation of the electricity being out, the trailers included multiple generators to power the extraction and drying equipment necessary. The estimated time SERVPRO will be present for cleanup and demolition support is roughly two weeks. Most residents evacuated the area before Ida struck and only got to view their properties after the storm passed to ascertain the damage done and found SERVPRO was already on-site assisting with the cleanup.

How SERVPRO Helps After Disaster Strikes

SERVPRO of Evergreen Park's Disaster Recovery Team will lend a hand to the community for cleanup with actions such as:

SERVPRO of Evergreen Park / South Chicago City at (773) 337-3900 supports areas that need disaster response with a large-scale cleanup. We are ready 24/7 to help communities in need.